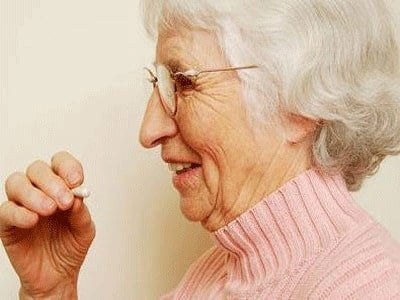 We learn that cessation of menstrual would also mean the cessation of ovarian activity. The ovary being both an endocrine and an exocrine gland, its function is not restricted to ovulation; it also collaborates with some of the other endocrine glands. The cessation and deficiency symptoms of this activity during the climacteric may therefore lead to disturbances involving other hormone-related functions.

These complaints are far from serious. But sudden menopause in the case of ovaries that have previously functioned normally and efficiently is likely to produce more serious complaints than a gradual transition because the endocrine system requires a certain amount of time to re-establish its equilibrium after the elimination of ovarian activity. Thus this diminishing of estrogen is an important distinction because hormonal changes are the only one that has great effects in a woman’s body.

By the time most women reach their early forties, they have ovulated regularly for almost 30 years. At this age, the ovaries gradually begin to produce less estrogen. In the transition to menopause, ovulation happens less frequently, and some months pass without an egg being released at all.

There is also a reduction in progesterone production as well. When progesterone and estrogen levels are low, the pituitary gland tries to compensate, leading to irregular periods as hormone levels fluctuate. Eventually, the ovaries stop producing eggs.

Menopause usually occurs between the ages of 40 and 60, with 52 being the average age. When a woman has ceased having menstrual periods, she is considered post-menopausal.

All your life, this hormone has been quietly, profoundly affecting your health and well-being in a number of ways. Estrogen as common term, refers to a group of sex steroids, produced in both men and women, but women produce more. From your menstrual cycle to your brain, bones, and heart, estrogen plays many important roles in the body. As you go through menopause, your body’s estrogen levels change. The effects can be quite noticeable.

For many women, one of the first signs of menopause is a menstrual cycle that changes in length, becoming either shorter or longer. Estrogen maintains the regular length of your cycle. As menopause approaches and estrogen levels fall, the amount and length of bleeding in a period may become erratic. The shifting of estrogen levels can result in changes in neurotransmitters. This hormone maintains the structure of your vulva and vagina.

When estrogen levels are low

Both the inner and outer labia shrink, and the vulva becomes thinner. The vagina’s mucous membranes shrink and become thinner and smoother. The vagina produces less lubrication, and the pH of the vagina changes, making it more vulnerable to harmful bacteria such as E. coli, which increases the risk of urinary tract infections.

Estrogen seems to have a direct effect on the libido, and not just because it makes sex more comfortable by keeping the vagina healthy and well lubricated. Estrogen makes women feel sexier; many premenopausal women notice a surge in sexual interest around ovulation when their estrogen level is at its peak. A decline in estrogen levels can make a woman less interested in sex.

Decreased estrogen levels cause shrinking of the urethra, which can lead to bladder control problems as well as urinary tract infections. During puberty, estrogen causes the growth of the breasts and the milk-producing breast ducts. Once the breasts are developed, estrogen plays a role in maintaining their size and density.

When estrogen levels fall during menopause, the breasts may shrink. As estrogen stimulates some cell growth, estrogen may play a role in the development of certain forms of breast cancer. However, new research suggests that it is actually abnormal metabolism of estrogens that results in increased cancer risk and that some metabolites of estrogen can actually decrease the risk of breast cancer.

Estrogen contributes to the health

Of the skin, which is largely made of a protein called collagen. The amount of collagen in the skin is maintained by estrogen and decreases after menopause. It increases the water content of the skin, thus contributing to its thickness and softness. Estrogen also increases the number of blood vessels in the skin. This increase in blood vessels makes the skin feel warmer and is one of the factors that cause hot flashes.

Many women find that when their estrogen level goes down, they get depressed. We know that it affects a number of neurotransmitters that influence mood, memory, and motivation.

Many studies have shown that estrogen improves verbal memory and helps one learn new things. There is also evidence that estrogen enhances a woman’s reasoning, formation of new concepts, and fine motor skills

Estrogen helps the brain function properly by stimulating nerve growth and maintenance. An important area of current inquiry is whether estrogen protects against Alzheimer’s disease and other severe age-related mental impairment. Alzheimer’s disease affects women more often than men, and that postmenopausal women who take supplemental estrogen have a lower risk for Alzheimer’s than women who don’t.

One of the most common reasons for taking estrogen is to prevent osteoporosis and heart disease. Estrogen protects your bones and heart, and when your estrogen levels drop during menopause, your risk of serious health problems increases. Estrogen helps maintain your bones by restraining the activity of special cells (known as osteoclasts) that break down bone tissue.

It may also promote the formation of new bone cells. When you enter menopause, your bones can rapidly deteriorate as your body’s lower estrogen levels allow too much bone to be broken down. Research has demonstrated that estrogen-deficient women are much more vulnerable to bone loss than women with sufficient estrogen.

There is also evidence that women become more vulnerable to heart disease once estrogen level begins to drop. Some of the reasons for this increased risk are believed to be due in part to changes in lipids (fat molecules) in the blood. Cholesterol is the chief blood lipid. Estrogen lowers “bad” cholesterol levels and prevents it from being oxidized, a change that makes it more harmful to the walls of the blood vessels. Thus estrogen increases “good” cholesterol and has a positive effect on other important lipids and components of the blood.

Estrogen supplementation after menopause has also been found to help reduce high blood pressure and improve blood flow to the coronary arteries. Another health risk to consider is insulin resistance. Insulin resistance increases the risk for heart disease and other serious health problems. And estrogen protects against insulin resistance.

Of the three types of estrogen, estradiol is the most powerful; it is produced primarily by egg follicles in your ovaries.

Estradiol role in the reproductive or menstrual cycle, estradiol affects many other parts of your body. It stimulates the development of your breasts and keeps your uterus, vagina, urinary tract, and surrounding pelvic muscles and tissues toned and firm.

During menopause, fluctuating hormones lead to a group of fairly predictable symptoms in many women, but the frequency and intensity vary considerably.

Being one of the most hormonal compounds in your body, virtually all your (female) body’s systems are affected by its presence; heart or cardiovascular system, nervous system, skin, skeleton, reproductive organs, tissues, and urinary system. So, when the ovaries stop releasing eggs and producing estrogen, these systems are all affected.

Some women had a complete hysterectomy in which the ovaries, as well as the uterus, are removed are often needed estrogen replacement. The reason is the same for women who experience menopause at a young age. The estrogen depletion affects many body tissues and may prematurely age women. Doses of estrogen are typically higher for hysterectomized women due to surgical removal of the ovaries brings on sudden menopause.

Signs and symptoms of menopause

These general complaints, as we have already mentioned, frequently commence before menstruation has ceased, and may continue long after menopause. Finally, the body becomes accustomed to the elimination of ovarian activity, a new equilibrium establishes itself among the endocrine glands other than the ovaries, and the complaints disappear. There is much disturbance in which the deficiency symptoms during menopause may appear.