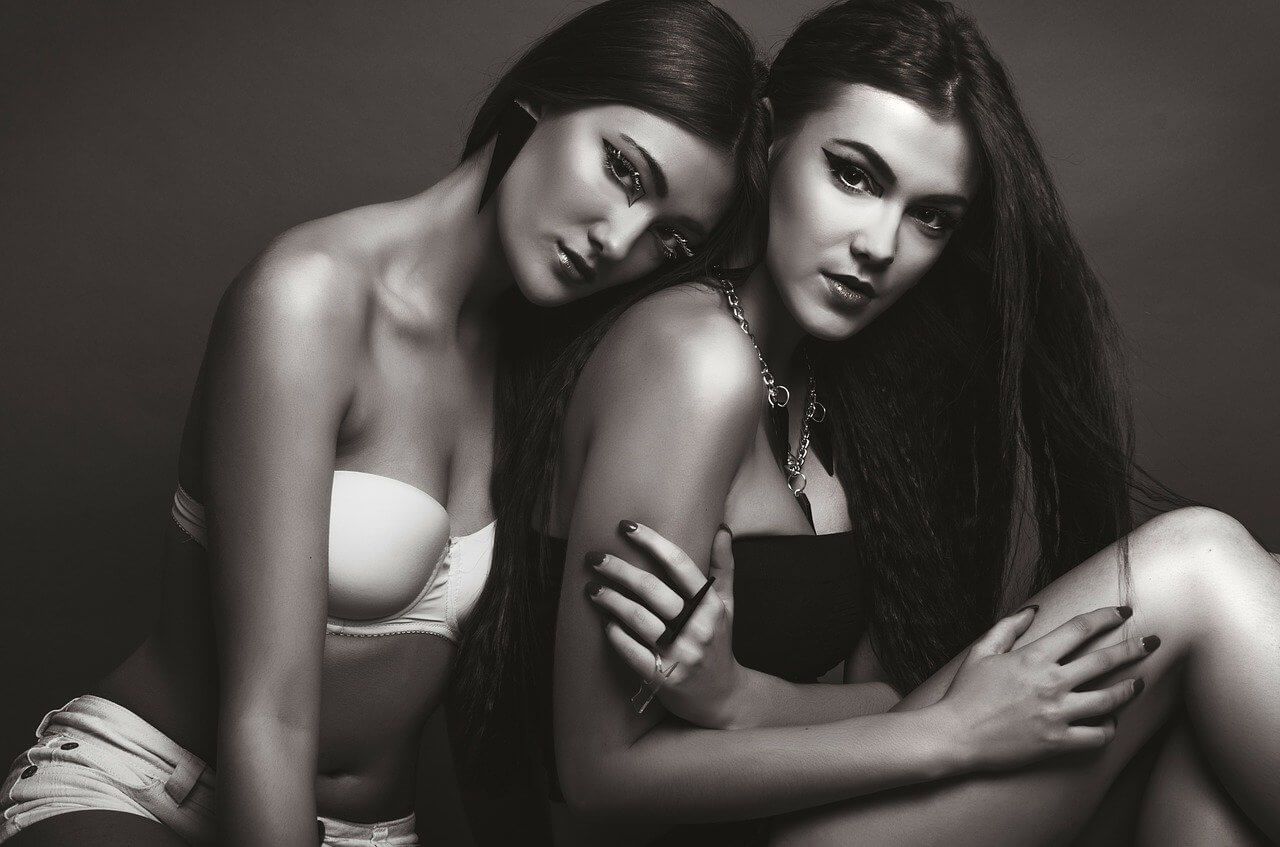 While the multiplicity of etiological influences is acknowledged, the factor of religious orthodoxy still remains of major import in primary orgasmic dysfunction as in almost every form of human sexual inadequacy.

In the total of 193 women who have never achieved orgasmic return before referral to the Foundation for treatment, 42 were products of rigidly channelized religious control. Eighteen were from Catholic, 26 from Jewish, and 7 from fundamentalist Protestant backgrounds. It may also be recalled that 9 of these 42 primarily non-orgasmic women reflecting orthodox religious backgrounds also were identified as having the clinical complaint of vaginismus, while 3 more women with orthodox religious backgrounds had to contend with situational orgasmic dysfunction and vaginismus simultaneously.

History of Orgasm and Religion

Reflecting the control of orthodox religious demands upon the orgasmically dysfunctional woman and her husband is presented to underscore the Foundation’s professional concern for any orthodoxy influenced imprinting and environmental input that can and does impose severely negative influences upon the susceptible woman’s psychosocial structure relative to her facility for sexual functioning.

After 9 years of a marriage that had not been consummated, Mr. and Mrs. A were referred to the Foundation for treatment. He was 26 and she was 24 years old at marriage. Mrs. A’s family background was one of unquestioned obedience to parents and to disciplinary religious tenets. She was one of three siblings, the middle child to an elder brother by three years and a younger sister by two years.

Other than her father, religion was the overwhelming influence in her life. The specific religious orientation of Protestant fundamentalism encompassed total dedication to the concept that sex and sin were synonymous words.

Mrs. A remembers her father, who died when she was 19, as a Godlike figure whose opinion in all matters was an absolute law in the home. Control of dress, social commitment, educational direction and in fact, school selection through college were his responsibility. There were long daily sessions, of family prayer interspersed with paternal pronouncements, never family discussions. On Sunday the entire day was devoted to the church, with activities running the gamut of Sunday school, formal service, and young people’s groups.

The young woman described a cold, formal, controlled family environment in which there was complete demand for dress as well as toilet privacy. Not only were the elder brother and sisters socially isolated, but the sisters also were given separate rooms and encouraged to protect individual privacy. She never remembers having seen her mother, father, brother, or sister in an undressed state.

All literature, including newspapers, available to the family group was evaluated by her father for possibly suggestive or controversial material. There was a restricted list of radio programs to which the children could listen.

Mrs. A had no concept of her mother except as a woman living a life of rigid emotional control, essentially without a described personality, fully dedicated to the concept that woman’s role was one of service.

She considered it her duty and her privilege to clean, cook, and care for children, and to wait upon her husband. There is no recall of pleasant moments of quiet exchange between mother and daughter, or, for that matter, of any freedom to discuss matters of the moment with either her brother or her sister.

As a young girl, she was totally unprepared for the onset of menstruation. The first menstrual period occurred while she was in school she was terrified, ran home, and was received by a thoroughly embarrassed mother who coldly explained to the young girl that this was a woman’s lot.

She was told that as a woman she must expect to suffer this “curse” every month.

Her mother warned her that once a month she would be quite ill with “bad pains” in her stomach and closed the discussion with the admonition that she was never to discuss the subject with anyone, particularly not with her younger sister. The admonition was obeyed to the letter. The mother provided the protective materials necessary and left the girl to her own devices. There was no discussion of when or how to use the menstrual protection provided.

Menstrual cramping had its onset with the second menstrual period and continued to be a serious psychosocial handicap until Mrs. A was seen in therapy. She also described the fact that her younger sister was confined to bed with monthly frequency while maturing.

During the teenage years, dating in groups was permitted by her father for church-social activities and occasionally, well-chaperoned school events.

College, selected by her father, was a coeducational institution which was described by her as living by the “18-inch rule,” i.e., handholding was forbidden and 18 inches were required between male and female students at all times. Her dating was rare and well chaperoned. After graduation she worked as a secretary in a publishing house specializing in religious tracts. Here she met and married a man of almost identical religious background.

The courtship was completely circumspect from a physical point of view. The couple arrived at their wedding night with a history of having exchanged three chaste kisses, which not only was the total of their physical courtship but also represented the only times she remembered ever being kissed by a man. Her father had felt such a display of emotion unseemly.

The only time her mother ever discussed a sexual matter was the day of her wedding. Mrs. A was carefully instructed to remember that she now was committed to serve her husband. It would be her duty as a wife to allow her husband “privileges.” The privileges were never spelled out.

She also was assured that she would be hurt by her husband, but that “it” would go away in time. Finally and most important, she was told that “good women” never expressed interest in the “thing.” Her reward for serving her husband would be, hopefully, in having children.

She remembers her wedding night as a long struggle devoted to divergent purposes. Her husband frantically sought to find the proper place to insert his penis, while she fought an equally determined battle with nightclothes and bedclothes to provide as completely a modest covering as possible for the awful experience. The pain her mother had forecast developed as her husband valiantly strove for intromission.

Although initially there were almost nightly attempts to consummate the marriage, there was total lack of success. It never occurred to Mrs. A that she might cooperate in any way with the insertive attempts since this was to be her husband’s pleasure, it therefore was his responsibility.

She evidenced such a consistently painful response whenever penetration was attempted that frequency of coital attempt dwindled rapidly. The last three years before referral, attempts at consummation occurred approximately once every three to four months.

For nine years this woman only knew that she was physically distressed whenever her husband approached her sexually, and that for some reason the distress did not abate, Her husband occasionally ejaculated while attempting to penetrate, so she thought that he must be “satisfied.”

Whenever Mr. A renewed the struggle to consummate, she was convinced that he had little physical consideration for her.

Her tense, frustrated, negative attitude, initially stimulated by both the pain and the “good woman” concept described by her mother, became in due course one of complete physical rejection of sexual functioning in general and of the man involved in particular.

Of interest is the fact that Mrs. A’s brother has been twice divorced, reportedly because he cannot function sexually, and her younger sister has never married. As would be expected, at physical examination Mrs. A demonstrated a severe degree of vaginismus in addition to the intact hymen.

In the process of explaining the syndrome of involuntary vaginal spasm to both husband and wife, the procedures described were followed in detail.

When vaginismus was described and then directly demonstrated to both husband and wife, it was the first time Mr. A had ever seen his wife unclothed and also the first time she had submitted to a medical examination.

There obviously were multiple etiological influences combining to create this orgasmic dysfunction, but the repression of all sexual material inherent in the described form of religious orthodoxy certainly was the major factor. Under Foundation direction, the process of education had to include reorientation of both the sexual and social value systems.

The influence of the psychosocial system was turned from a dominant-negative factor to a relatively neutral one during the acute phase of treatment. This alteration in repressive quality allowed Mrs. A’s natural biophysical demand to function without determined opposition, and orgasmic expression was obtained. Obviously, the husband needed a definitive psychosexual evaluation as much as did his wife.