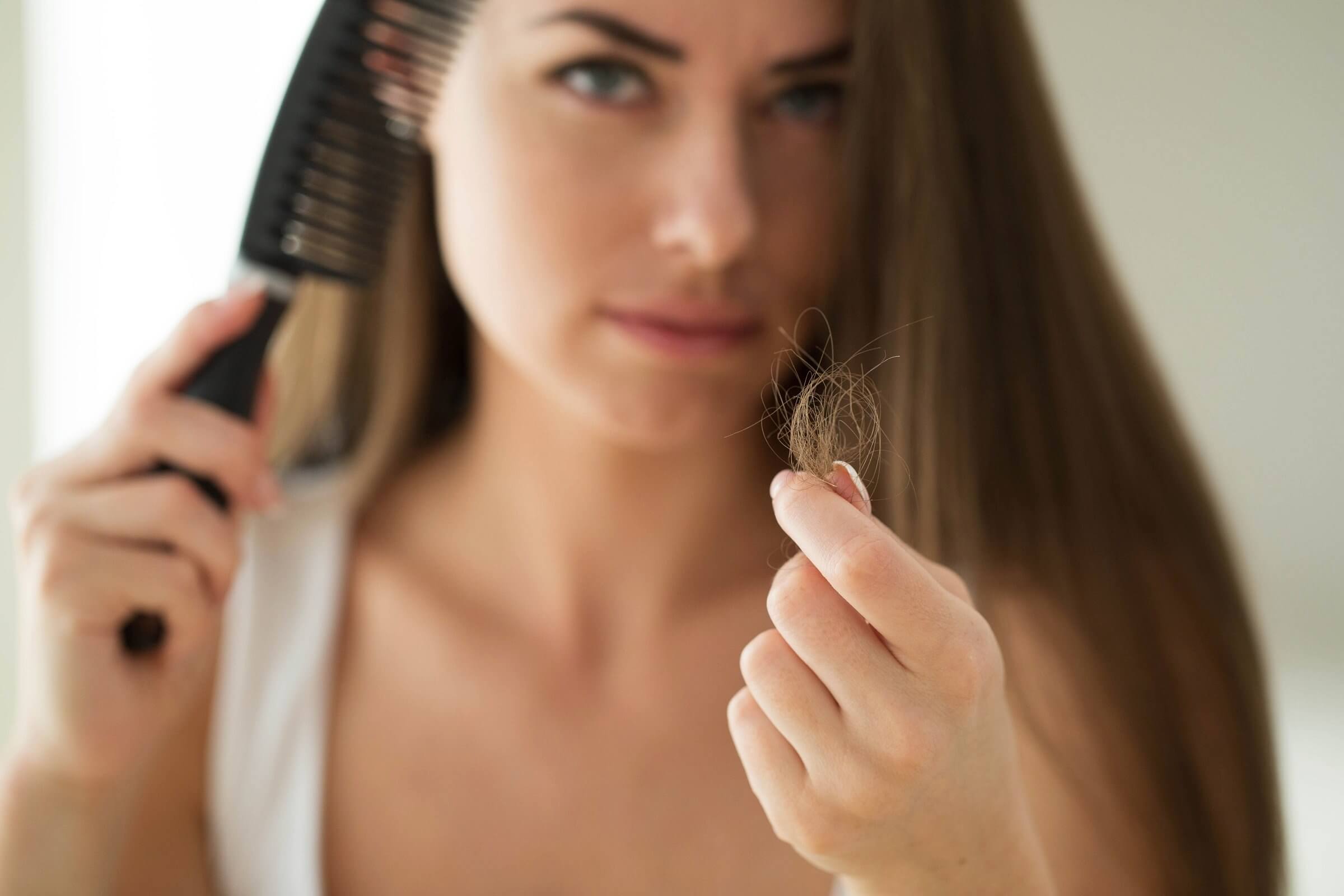 Changes in the hair are common as people age. Scalp and pubic hair gets thinner and loses body; simultaneously, hair may sprout and thicken in unaccustomed and undesirable places such as the chin, the upper lip, and the abdomen!

Excess hair in women is usually due to a higher proportion of the sex hormone testosterone as compared to the hormone estrogen.

Both men and women have a small amount of the other sex’s primary sex hormone. As women age, their estrogen loss raises the testosterone to estrogen ratio in their bodies, and because of the hair-growing effects of testosterone, hair pops up in new places and may thicken in the armpits and groin.

Thinning hair, on the other hand, is usually due to a decreased thyroid effect or other hormone imbalance.

Estrogen treatments to try to reverse or prevent hair loss, however, seem to be ineffective. Anorexia also can result in hair loss, as can anemia and vitamin and mineral deprivation, emotional stress, and disturbed estrogen production.

Temporary and reversible hair loss can also result from chemotherapy, anesthesia, oral contraception, and other medications such as cortisone, blood thinners, and drugs or treatments meant to reduce thyroid output. Amphetamines (speed or “uppers”), chemical toxicities and sensitivities, and autoimmune problems have also been associated with hair loss.

Certain skin changes are inevitable as we get older, so far as we know. Decreased hormones in both female and male hormones play a role.

The aging process itself causes us to lose fat from under the layers of skin, allowing the skin to become looser and for any wrinkles to become more apparent. As with other body changes, the role of aging and hormones is heavily influenced by lifestyle and environmental factors. You may be surprised to learn that much of the wrinkling and sagging, the blotches, roughness, and “age spots” that accompany aging may put in an earlier appearance or are aggravated primarily by sun and cigarettes, two factors that are usually under our control.

Smoking literally starves your skin of oxygen and nutrients by constricting blood vessels. Recent research indicates that smoking ages skin two to three times faster than normal. Our bodies need sunlight to form vitamin D, but in excess, the sun’s rays cause our skin’s outer layers to become thick and leathery, and they damage the DNA in our skin cells, setting the stage for cancer.

Too much sun also damages the under layers, causing them to lose their elasticity and allowing our skin to become lined and sag. Light-skinned women who freckle and burn easily have the highest risk for skin damage. Black women have less trouble with the sun than those who are fair because their skin contains more melanin.

Melanin protects them from the worst effects of the sun’s radiation, and tanning increases our skin’s supply as a protective mechanism. But that doesn’t mean dark-skinned women or fair-skinned women with tans are completely safe from skin cancer. It’s vital that all women of all ages avoid overexposure to the sun.

If you don’t believe in the power of the sun and other elements, just compare your face with the skin on other parts of your body that have been less exposed, such as your buttocks and undersides of your breasts.

It’s no secret that women tend to gain weight around the time of menopause. But is this inevitable and unhealthy? When it comes to middle-aged spread, the evidence so far shows us that while it is possible to be too thin, being lean, even leaner than average is healthier overall than being pleasantly plump.

There are figures show that 52% of all American women aged fifty to fifty-nine are overweight. This is higher than other age groups. Surveys also show that the average weight of the typical American adult has gone up by 8 pounds since 1985; and that 32% of Americans are considered to be obese, compared with 25% in 1980 and 24% in 1962.

It may be small consolation, but teenagers are getting fatter, too. So we’re all getting heavier, clearly, it’s not just our fluctuating hormones! The real culprit is too little activity in relation to too much fat and refined carbohydrate in our diets.

We all need to eat less and exercise more; as we age, our metabolism gradually slows down, meaning that unless we make some lifestyle changes, we’ll gain even more. But how unhealthy is it to be heavy? High blood pressure, hardening of the arteries, diabetes, gallbladder disease, heart disease, and increased risk of many types of cancer including cancer of the breast, colon, and uterus are all associated with obesity.

Although there is an accepted definition of “obesity” as being 20% over your “desirable” weight, the definition of “desirable” is not carved in stone. And even women who are not “obese” are at higher risk of premature death from all causes.

Being overweight is second only to cigarette smoking as a cause of premature death. The study corrected for participants who were smokers and who had existing heart disease, diabetes, or cancer. On the other hand, it is possible to be too thin, especially if you’re an older woman.

For one thing, eating a low-calorie diet makes it virtually impossible to consume the nutrients you need to maintain strong healthy bones. And it’s definitely unhealthy to go on a crash diet to lose 20 or 30 pounds to reach a more desirable weight.

For another, women who carry around a bit more fat tend to have fewer menopausal difficulties, probably because fat cells take over the production of estrogen when the ovaries stop. In addition, the added weight puts good stress on the bones which strengthens them.