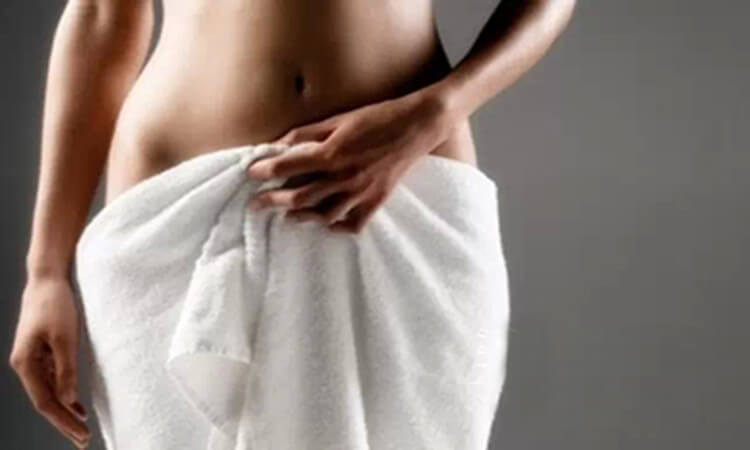 What are the symptoms of Menopause?

Check the menopause symptoms below:

People once mistakenly thought depression and moodiness were to be expected of women going through their change of life. Although we now know it’s a myth that women can “go mad” during menopause, most women do report emotional changes as their hormone levels fluctuate and readjust, even so far as describing their experience as an emotional rollercoaster.

Long-standing emotional difficulties may worsen during menopause. However, it does women an injustice simply to point the finger directly at their biochemistry.

Research studies in the physiology and psychology of women as they proceed along the life span show that these conditions have varied causes.

Emotions triggered by hormonal changes often are intensified by other changes in your life and vice versa. You may experience stresses in your social world as children leave home, your parents die, or your marital status changes; you may feel out of place in our youth-oriented society; you may mourn the loss of your reproductive capacity; you may feel new pressures on the job. You may feel diminishing self-esteem and social power (sometimes culture devalues older people, and older women most of all.)

Fortunately, natural therapies are effective tools in learning to cope successfully with the psychological and mental aspects associated with menopause, as well as the physical ones.

It’s happened to everyone: you simply just lose your train of thought; you meet someone for the first time and immediately forget her name, having just entered a room, you can’t for the life of you figure out why you went there, balancing your checkbook is becoming more of a challenge. If it feels as if your brain has simply stopped working the way it used to, you may simply be overstimulated.

Although fear usually sharpens the mind, poor concentration often accompanies anxiety. We all have times when we’re so worried we “can’t think.” Most of us know that we have to write down even familiar phone numbers and keep them near us since, if we’re faced with an emergency situation, we can’t recall them! Sometimes when we’re stressed, we can’t recall even our own number or the names of our best friends!

A mixture of confusion, forgetfulness, and poor concentration may also occur when your brain isn’t getting enough oxygen or nutrients. Or they may be due to conditions that are either self-correcting or have relatively simple solutions.

For example, confusion and forgetfulness are common for many months after surgery that required a general anesthetic. These symptoms may also occur because of poor sleep patterns or depression (see “Insomnia” and “Depression”).

Many commonly prescribed drugs and non-prescription drugs affect the concentration as well. The widespread fear that aging women just can’t cut it mentally is simply unfounded. A study at Duke University found that people sixty-five to seventy-five years old experienced no general decline in intelligence. However, if you find you’re not the brilliant, witty, clear-thinking genius you used to be, the following natural approaches offer safe ways to help you bounce back.

Almost everybody gets the blues at certain times, but it would be a mistake to confuse being temporarily down in the dumps with true, major depression. Changing hormones change your moods and we know that a drop in estrogen is associated with depression and restoring levels to normal frequently lifts depression.

It should come as no surprise, then, that women are twice as likely to suffer a bout of major depression as are men, and premenstrual syndrome includes depression among its long list of symptoms. There are receptors for sex hormones in the brain, so it’s easy to understand how a hormone imbalance could affect your nervous system.

In spite of recent surveys and studies that suggest that mood swings or instability of moods are not demonstrably more frequent during menopause, some women report an increased incidence of irritability, nervousness, and “bad moods” during the menopausal years. Changes in self-image, job pressures, family upheavals, sleeplessness due to hot flashes, and hormonal fluctuations affect how a woman feels.

Also, women often attribute feeling bad to being bad. They may feel guilty for not being able to care for others’ needs while they feel lousy and may blame their physical limitations on themselves.

For example, we might sometimes say, “I can’t do anything with myself,” or “I just can’t seem to get it right.” Pay attention to your self-talk. When you use self-deprecatory expressions like these, immediately forgive yourself for your harsh words and undo the damage with affirmations. The power of positive thinking has been proven time and again to affect the way we feel and behave.

Guilt about being sick and needing something from others instead of the other way around causes some of us to deny ourselves care and comfort, even when it’s freely offered. It may sound irritability but it is really low self-esteem. Therapists often attribute irritability to repressed anger.

Women are discouraged from expressing anger overtly and usually want to be nice all the time, even when insulted or challenged. This pent-up tension may result in all kinds of irritability, from crying to tantrums, and worsen which leads to physical problems. Another possibility is any moodiness is related to PMS.

No aging woman should be surprised if she experiences some anxiety during and after menopause when you consider the important physical and life changes that take place at that time.

Anxiety can be expressed in both obvious and sneaky ways. Among the former are phobias (the intense and non-rational fear of some activity or place leading to complete avoidance of the offending stimulus), pounding heart, insomnia, high blood pressure, and overeating or loss of appetite. Some people are not really consciously aware of feeling anxiety and may express it covertly, such as by picking quarrels, heightened irritability, excessive use of alcohol, or “spacing out.”

Many sources of anxiety in menopausal and older women have to do directly or indirectly with the low esteem in which aging women are held in our culture, which overvalues youth and beauty in females.

This makes them lose their social and economic power, and to a large extent, reality confirms these fears. Older women do have trouble finding jobs, in spite of the fact that they may be more reliable and healthier workers than younger people of either sex; older heterosexual single women do have more trouble than younger ones and more trouble than older men, especially in finding intimate partners.

Older women also have more trouble getting heard in meetings than younger people and older men. The poorest people in America are older women. So the loss of power makes older women feel more helpless than when they were younger about changing their lives. They see their choices of where to live, where to work, and of intimate partners as severely limited, or likely to be limited. Thus they feel anxious.

Anxiety and depression are two ends of the same process, and the solution, like the cause, is multifactorial. Both psychotherapy and medications including anti-depressants (such as the much-adored Prozac), tranquilizers, and sleeping pills can be combined with natural therapies for greater effect, or natural remedies may be effective alone, and without the side effects of prescription anti-depressants.