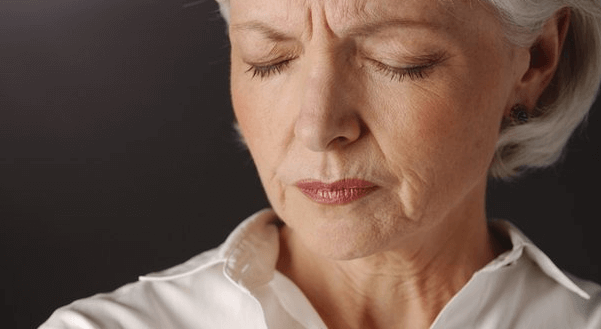 Women’s risk begins to rise with these conditions at the time of menopause and continues to increase as they age.

Breast cancer is the disease that strikes the most fear in the hearts of women, and as epidemic’ as it is breast cancer, is a far less common cause of death.

It is unfortunate that these health problems have been associated with menopause when they actually result from a high-stress life in an increasingly toxic environment, compromised nutrition, and diminished physical strength and endurance. These hazards increase the risk of these four diseases as well as the symptoms of menopause.

If you’re not a smoker, don’t have diabetes, aren’t obese, and don’t have hypertension, being a premenopausal woman is good temporary insurance against heart disease. Women have fewer heart attacks and less heart disease before the age of 50 than men has tended to cloud the issue of heart disease.

However, as women go through menopause and lose estrogens’ protective effects on their circulatory systems, they quickly take on the risk factors for cardiovascular disease that have traditionally been perceived as belonging mostly to men.

In fact, cardiovascular disease (heart attacks and vascular events like stroke) is the number one cause of death for women over the age of 50.

Every year, approximately 500,000 women die from heart attacks and strokes, compared with 260,000 deaths of women from all types of cancer. According to the National Institute of Nursing Research, heart disease is fatal more often in women than in men.

The fact that women are older when they develop coronary artery disease is referred to treatment later, and are admitted and transferred to hospitals later than are men.

After menopause (heart attack is uncommon in women under fifty), the major risk factors for cardiovascular disease are thought to be similar to men: high blood pressure and elevated cholesterol, and other fats in the blood in which both of which are influenced by diet and lifestyle.

Because cholesterol is one of the substances that cause plaque in artery walls, high cholesterol is a factor in cardiovascular disease. However, the relationship seems to be more complicated than we thought and is becoming controversial.

Cholesterol is found throughout our bodies and is needed for many functions; for example, it is a precursor for progesterone and all the sex hormones.

Triglycerides are another type of blood fat that raises the risk of cardiovascular disease; it appears that even when women have normal cholesterol, high triglycerides increase heart disease.

Generally, triglycerides should be between 50 and 150 mg per dl (decilitre), but in women, anything over 100 may be too high. What is more important is what happens to cholesterol and your arteries when they become damaged from oxidation by free radicals.

Free radicals damage the vessels and oxidized cholesterol creates more free radicals, and your body lays down plaque over the damaged area as a protective mechanism. That’s why there’s been so much interest in antioxidant nutrients, such as vitamins C and E and beta carotene for cardiovascular protection. Other fatty and protein substances have been implicated in athero-sclerosis.

A blood fat called lipoprotein may be the first to adhere to the wall, and LDL then adheres to this sticky substance. Vitamin C seems the key to preventing this process.

Elevated amounts of homocysteine, an amino acid, have recently been associated with clogged arteries and an increased risk of heart attack and stroke. Folate and vitamins B-6 and B-12 help get rid of excess homocysteine.

Platelets, the blood cells responsible for blot clotting, also play a role. When platelets form blood clots, they release inflammatory substances that damage the lining of the arteries; the clots also contribute to closing off the blood supply in arteries narrowed by atherosclerosis. This is why aspirin, which decreases the blood’s tendency to clot, is recommended as a preventive.

Stroke may also occur when the blood flow to the brain is disrupted because a blood vessel is blocked by atherosclerosis or has ruptured. Without oxygen, brain cells die, causing the loss of the ability to sense and/or control certain functions related to the affected part of the brain.

Diet and lifestyle are the main risk factors for atherosclerosis and heart attack, and they play a huge role in high blood pressure in some people. There are cholesterol-lowering drugs that reduce cholesterol by an average of 35 percent, and blood-pressure-lowering drugs as well.

Both have side effects and we’re only now beginning to see studies showing how lowering these measurements translate into preventing heart attacks or strokes. Unfortunately, physicians often pursue less aggressive treatment and fewer invasive procedures with female patients who have heart disease symptoms than with their male counterparts.

And since the incidence of heart disease rises in women after menopause, it is generally thought that estrogen exerts a protective effect.

Part of estrogens’ protective effect relates to their ability to act as an antioxidant. If true, it may be more prudent to get more antioxidant protection through nutritious food or supplements.